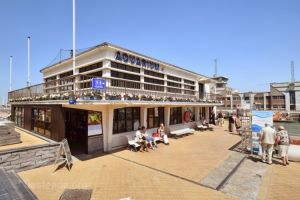 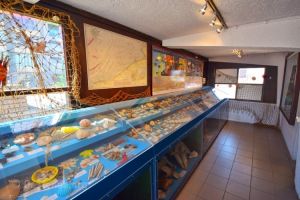 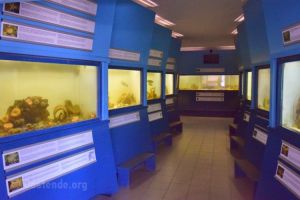 On the fishermen's wharf in Ostend is the educational North Sea Aquarium. A rich variety of sea flora and fauna, usually with exotic azure blue seas can be seen here. The diversity of the inhabitants of the North Sea can easily be overlooked. Compared to many of the imaginative tropical waters, the North Sea, the English Channel and the Irish Sea are very sound seas, which is home to a surprisingly diverse group of plants and animals. The former shrimp mine (t Gérnaeskot) is a fine example for all that moves in the waters of the North Sea. Think of lobsters, crabs, sea anemones, shells and of course many different types of fish.

The collection of the museum is being kept alive by fishermen who bring their own live aquarium creatures from the North Sea, the English Channel and the Irish Sea. In the North Sea Aquarium they live protected in 13 separate aquariums. And in most cases they are literally a stone's throw from their natural habitat. The museum also houses a collection of fossils, shells and dried and stuffed sea creatures.